How many times have you eaten out at a restaurant and been handed a plastic-wrapped packet of plastic utensils? (Say that five times fast!) Or you brought your lunch to work (high five!) but left your handy dandy metal utensils at home, so you’re forced use the plastic forks and knives from your office’s drawers? 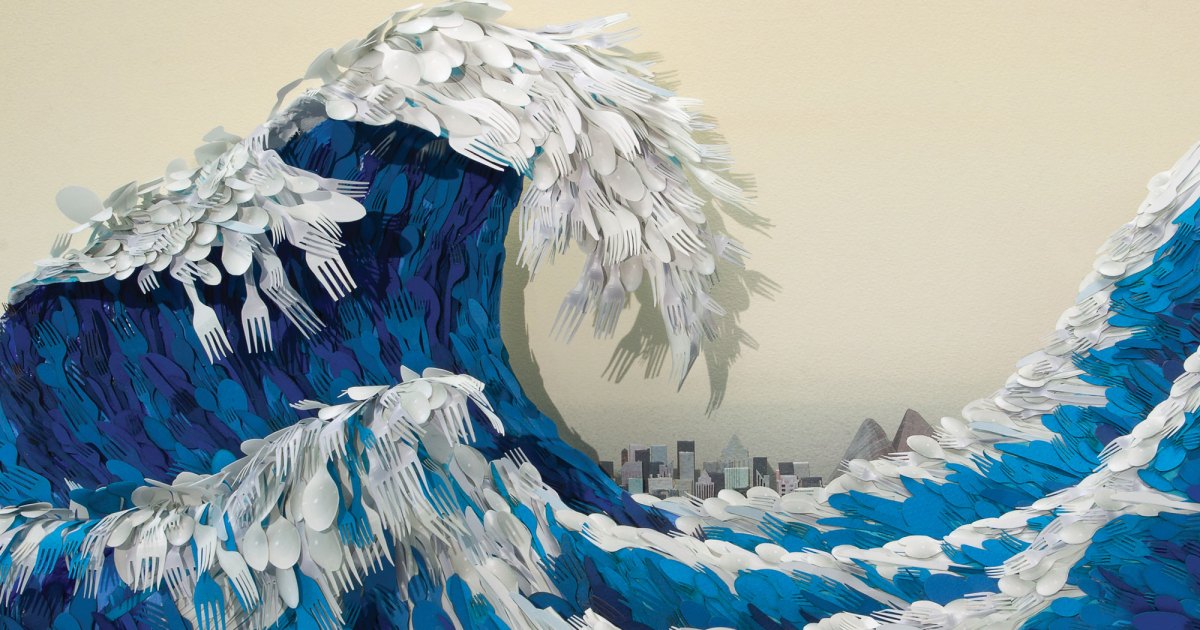 These plastic are putting around 700 marine species in danger of extinction due to the threat plastic poses to them from entanglement, pollution, and ingestion. Every year, 300 million tons of plastic materials come into circulation – be it in the form of plastic packaging, utensils, containers, bags, or even clothing. While many of us make efforts to recycle, it’s simply not enough. In fact, 85 percent of the world’s plastic is not recycled. That means it’s sent to landfills. But that’s not where it stays.

Where does it end up? The ocean. A recent study found that as much as 80 percent of the trash that ends up in the oceans comes from land-based sources and nearly 90 percent of that is plastic. This totals out to 8.8 million tons of plastic that make their way from land to the water every single year. Seems like recycling may not be the answer to the non-durable recycling conundrum; rather, a major reduction of our consumption must happen … now.

So what do we do? Refuse plastic utensils, and use your own reusable utensils!
Before heading out the door, just throw a fork or spoon in your purse. It’s that easy. And if anyone questions why you have a fork in your bag, just tell them you’re doing it to save the lives of millions of marine animals. Maybe they’ll even be inspired to do the same!
Share Share on Facebook Tweet Tweet on Twitter Pin it Pin on Pinterest
← Back to #zerowaste
﻿